If you love Fallout then this is the Fallout tabletop game you need in your life.  This is the most professional homemade game I have ever seen.

This masterpiece is a creation of Redditor kmpunk, who simply wanted to make a Fallout game to play with his friends.  What he has created is something that many fans would love to add to their collections.

The rules, as explained by kmpunk, “are loosely based on the tabletop game Zombicide (ie each Survivor is given 3 actions per turn: Move, Attack, or Search), but with several changes and additions (such as perks, weapon crafting, bobbleheads, etc) to make it more Fallout-specific.”

The game is heavily reliant on cards, which are beautiful in their own right. 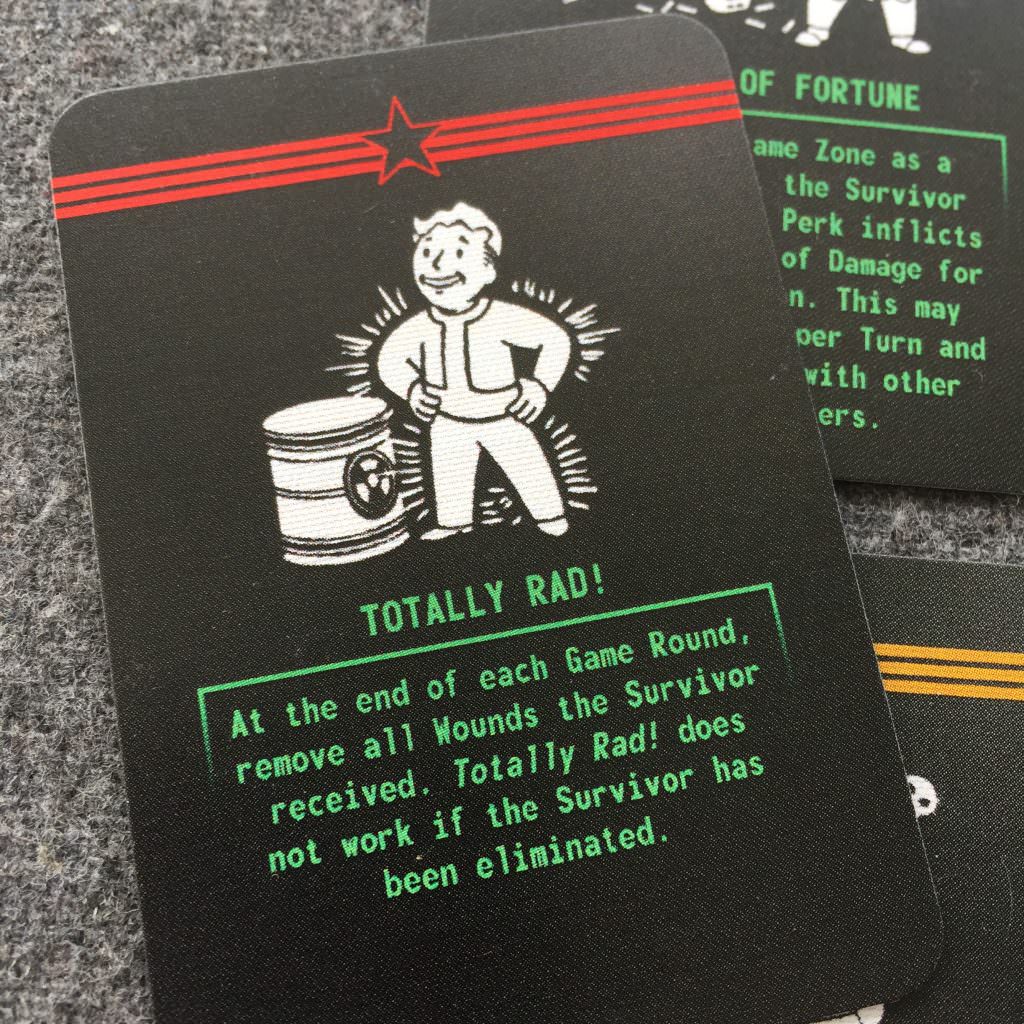 When asked on Reddit how he made the cards and the figurines, kmpunk explained that he “designed it all in Photoshop, then took it to a local place to print out everything. The 3d printing was done online.” 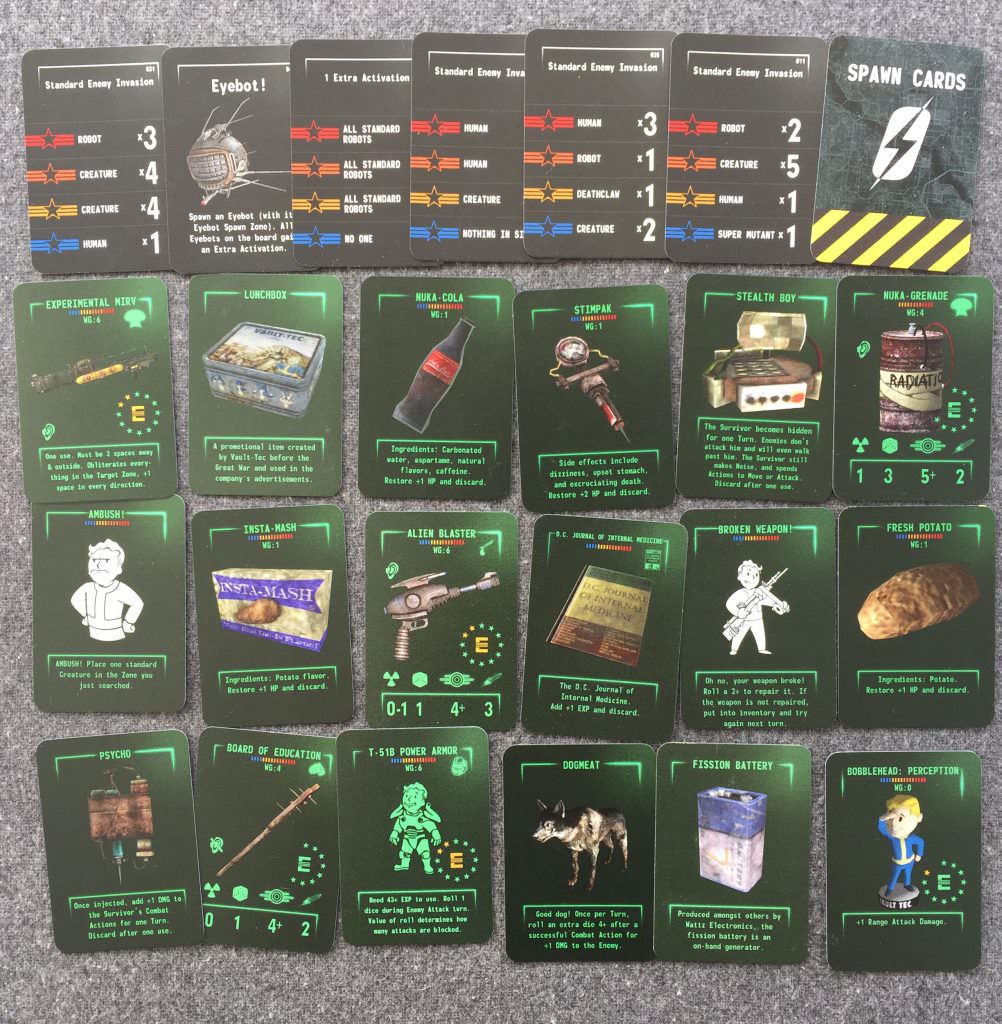 The maps/missions are equally as impressive. 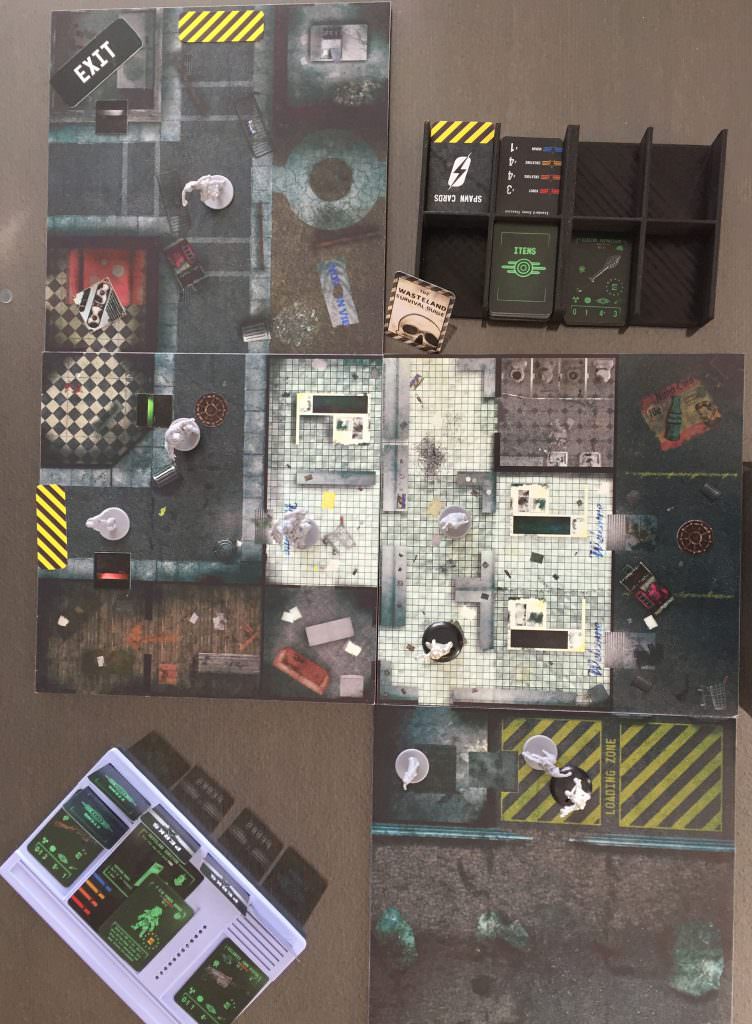 kmpunk explains “I made about 20 of these (Vaults, Factories, buildings, a Raider outpost, a general Wasteland, and a Megaton hub for long-play games. ) that can be rotated to create all new missions. Each player starts at the same spot and must reach the exit. As you play, enemies enter the board via the spawn zones (the black/yellow little cards on the edges of the board) and try to stop you. Each player can take 3 hits (without armor). ”

“There are a few locked doors on this map, where the Survivor must roll a 3 to pick the lock and open the door. This board also has a sewer that serves as a shortcut from one size of the map to the other (also takes a 3 to pop the cover). All interiors are searchable, though there’s a perk that lets you search anywhere. The first mission of the game is to escape the vault. The second mission (seen here) is to go to the local Super Duper Mart to find supplies, though there is an optional Holodisk to gain EXP and learn more about the story.”

Now for the bad news: kmpunk has no intention of creating duplicate copies of his game and selling them online.  While this no doubt avoids a nasty run in with Bethesda’s legal team, it dashes the hopes of fans like myself who saw this tabletop Fallout game and instantly thought WANT.

To see more images and to read the full rules, check out the thread on imgur, then head over to the Reddit thread to show kmpunk your appreciation.