People who work at hotels hope for a few dollars tip here and there.  When the EA Games rolled through they gave so much more than that.

Redditor obligatoryBIG works as a bellman at an unnamed hotel.  The EA Games executive board recently held a meeting at his hotel and it turns out that when EA tip they don’t play around.

Or, rather they do.  They gave games.  So many games.

obligatoryBIG shared the below image of his haul: 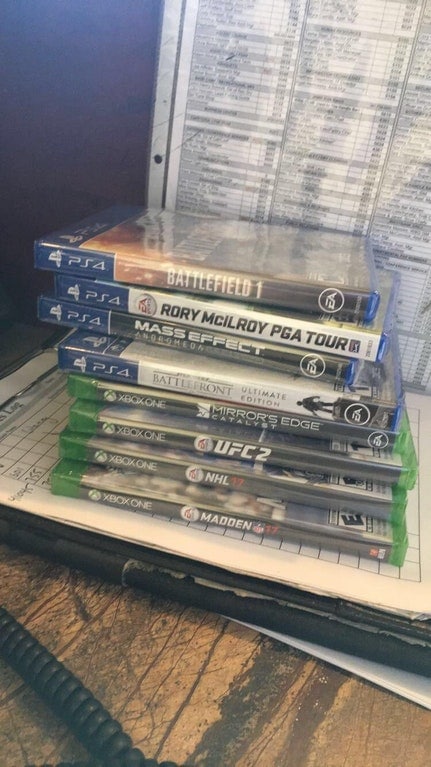 Which game would you start with? I know I’d start with Mass Effect Andromeda but that’s just me.