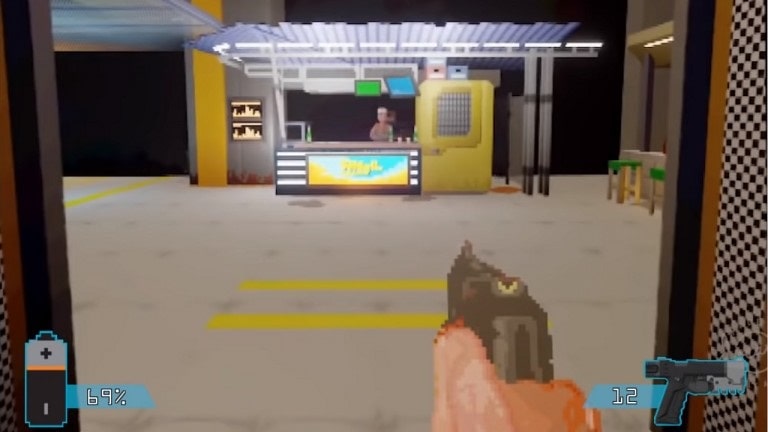 Cyberpunk 2077 is one of this year’s most anticipated games and will likely be one of the most graphically impressive games we have seen for some time.  But, what would Cyberpunk 2077 have looked like had it been released on, say, a PS1?  Good question!

YouTube user Bearly Regal has created a demake of Cyberpunk 2077 – not just a video but a fully functional demo of one of the videos released by CD Projekt Red.

The video of the demo shows the inside of the protagonist’s apartment, which gives vibes from Doom and Duke Nukem games of eras gone by.  When heading out of the building, the Cyberpunk 1997 switches to a top-down GTA 1/2-style perspective and nails the aesthetic.

What makes this even more special is they have done it all using Dreams, the PS4 release set to inspire creativity for some time to come.

I don’t know about you, but I’d happily play this demake while we wait for Cyberpunk 2077 to release later this year.

If you’re a fan of demake, don’t forget to check out the Bioshock demake, Rocket League demake and Limbo remake – they all conjure up a feeling of nostalgia despite being based off of modern titles.