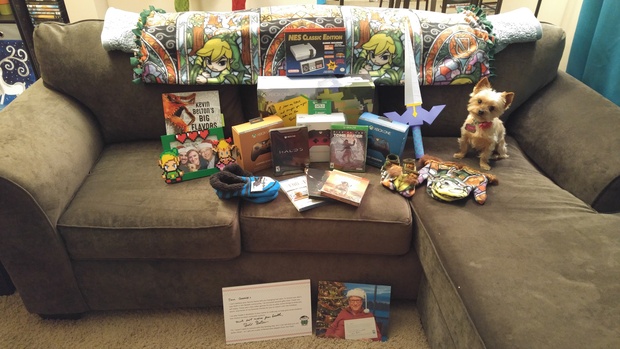 You may have heard of Bill Gates. Microsoft founder. Philanthropist. Multi-billionaire. Oh, and the best Secret Santa ever, as one Redditor discovered.

Secret Santa can be a pain. You’re given a budget and a random name and you have to somehow find something perfect, or at least mildly amusing, for that person. It’s tough.

Each year, members of Reddit sign up to the ultimate version of Secret Santa; it’s the largest Secret Santa gift exchange in the world.

Last year one Redditor, Aerrix, took part but didn’t receive anything back. This year, she hit the jackpot.

Posting on Reddit then Reddit Gifts, Aerrix describes how she felt when a huge mysterious package was delivered by FedEx, only to discover it’s sender was none other than Mr Gates himself. How did she know, you ask? 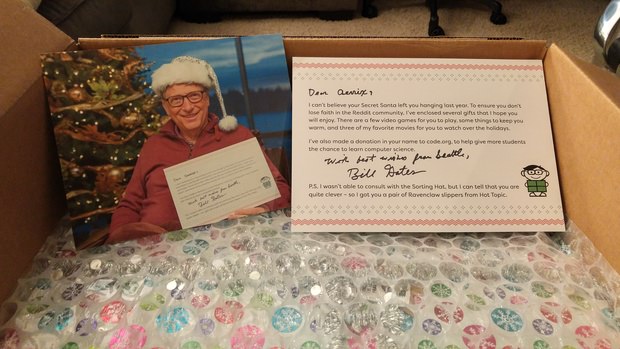 Bill first expressed his sincere condolences that Aerrix participated in last year’s Secret Santa had had not received anything herself, but more than made up for it with a mountain of gaming goodies.

This is everything Aerrix received before unwrapping (I’ll pretend you’re going to guess what’s what before scrolling down…): 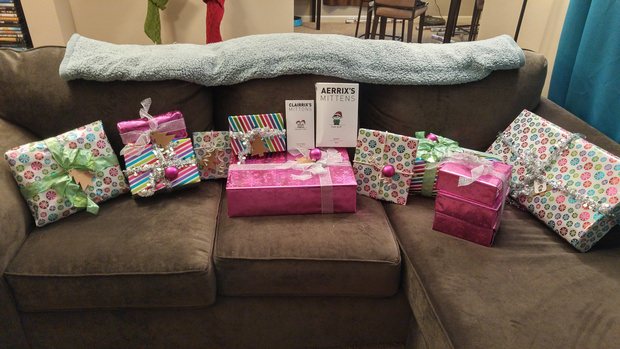 And this is everything unwrapped (the cute dog was hers to begin with): 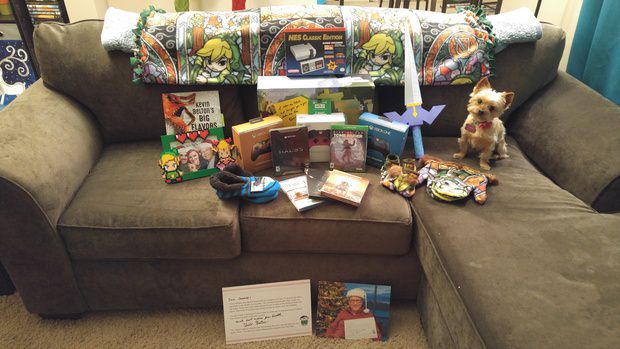 Mr Gates, I salute you, sir. You gave a true gamer a Christmas she will never forget (and even got her something Nintendo, because you’re that cool).