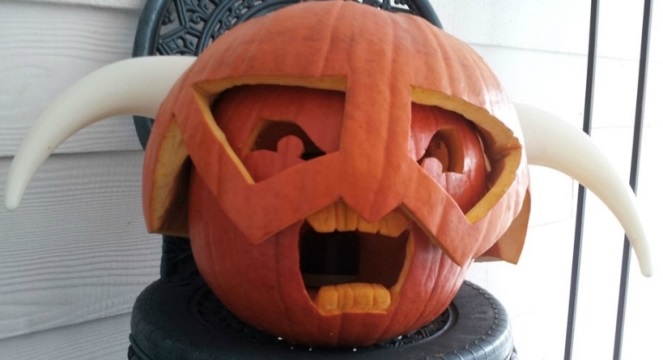 Halloween; a time for trick or treating and bingeing on low-budget horror movies.  It’s also the main time of the year when I realise how artistically-lacking I truly am, as I’m hacking away at a pumpkin knowing that at best it will look…abstract.

Not so for these gamers; their video game inspired pumpkins are works of art.  Prepare to feel jealous.

With Halloween coming up, I was reminded of a pumpkin I carved last year. Thought you fellow gamers might enjoy it [Dark Souls] [Knight Solaire] from gaming

This pumpkin by Redditor kvothe2033 is brilliant.  It has just enough detail to look exceptional while being minimalist at the same time.

I’m not all that talented at carving pumpkins but I’m happy with this one. from gaming

Redditor AgentSkidMarks reckons they’re not good at carving pumpkins – we beg to differ.  Okay, so the lines aren’t as clean as some of the other efforts in this list, but who doesn’t love Shy Guy?  It’s simple but effective.  It also looks achievable by someone with my ability – though I’m sure that my effort would look depressing in comparison.

Who says it has to be complicated?  This Space Invaders pumpkin is simple but so effective.  The lines are clean and the design is spot on.

My Big Daddy Pumpkin ? Bioshock has always been my favorite game to play when it’s Halloween time from gaming

Redditor TrevT2 had a tough task when trying to get Bioshock’s Big Daddy onto a pumpkin but they succeeded marvellously.  This Big Daddy looks incredible.

Mario and Cappy Pumpkin from gaming

Now we’re talking!  Redditor Cancerianman raises the bar with this effort, using layering to create a pumpkin design that looks like it was drawn on paper.  Stunning. 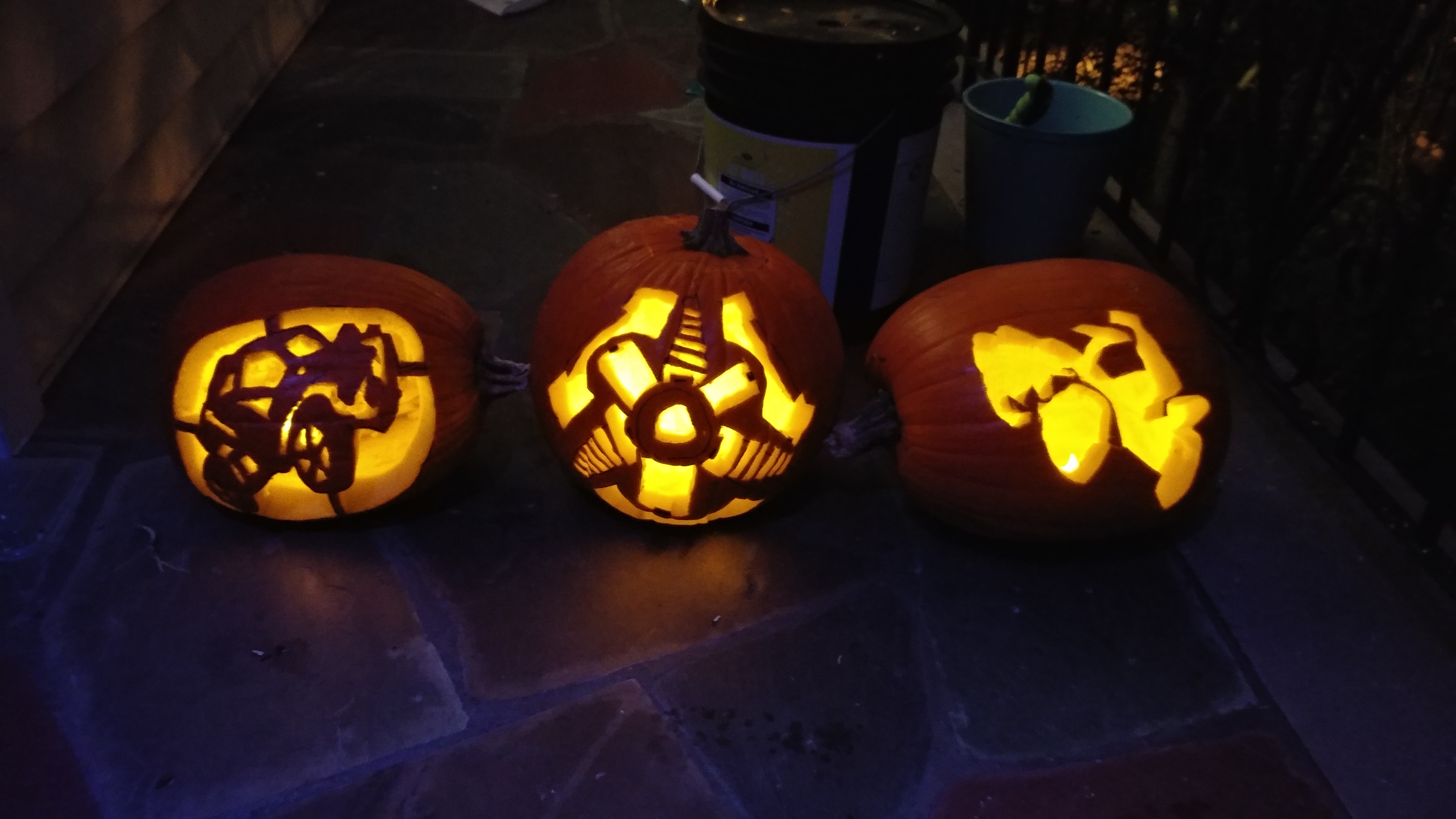 Okay, so these are three entries by Imgur’s thefrc, but I honestly couldn’t choose just one.  I think it’s remarkable that even a video game like Rocket League can be used to create amazing pumpkin designs.  Kudos.

These pumpkins are simply incredible.  Link, his horse and the Zelda logo look like they could be official merchandise.  The detail is amazing.  It would be unmatched, except…

Wow.  The level of detail in this Firewatch pumpkin is astounding.  Redditor epicflyman has worked miracles with their use of layering to create a design with depth and detail.  Mindblowing.

Who doesn’t love a bit of nostalgia in their gaming-inspired pumpkins?  Redditor TDAM has used Donkey Kong and Diddy Kong to bring the memories flooding back and look darn good at the same time.

This one gets featured for the level of creativity involved.  Redditor PineappleBuns has managed to get all three Squirtle evolutions into one design.  It’s really, really awesome.

My Fallout pumpkin from gaming

Who doesn’t love a bit of Vault Boy?  The Fallout mascot looks brilliant in this design by Redditor Sir_Simon_.

Shared by Redditor Ice3001, the Skyrim dragon design is without a doubt the most detailed I have ever seen.  The glow of the scales and teeth are manacing.  It’s something special.

We had to finish with everyone’s favourite plumber, right?  Created by Redditor Mea05cer, this pumpkin has so much detail that you can’t help but be impressed.  Mario has never looked so good.

Have you seen other amazing gaming pumpkins that you think we should feature?  Send them to us and we might cover them!