Is it just me, or are video games getting too darn long these days?

As a kid, even through to my late teens, a video game lasting 40 hours was what I considered a sound gaming investment.  60 hours, 80 hours or more would be an OMG, MUST BUY candidate.

The longer a game took to complete, the more value I felt I got from my purchase.  I would take my sweet time playing Final Fantasy, talking to every side character in the hope that I’d find a side quest that would add another hour to the game.  In Sonic I would try to complete every level without dropping one ring.  In Grand Theft Auto I would spend hours pretending to be an ambulance driver, killing an untold number of people in my quest to get one injured person to the hospital – I was that good.

As the credits rolled after a 40-hour investment I’d look across at my video game collection and think “Oh God, I only have about 200 hours of gaming there…I’ll run out soon.”

Fast forward a decade and a half and my Steam Pile of Shame taunts me on a daily basis.  I still have games on my shelf for consoles that I sold years ago, stubbornly refusing to let them go because “I’ll find a way to play them one day”.  And every time an online store has a sale I convince myself that I need to spend about £10 on at least one game because, y’know, I’ll find the time. One day.

As I get older, a game with an extensive playtime feels more like a daunting task that I shouldn’t even attempt to play, because it’ll take me too long to complete – if I ever get to see the closing credits, that is.

Fallout 4? I sank about 30 hours in and barely scratched the surface. I defended some settlements, though.

Skyrim?  I hear it is incredible. I bought it on day one, haven’t even installed it.

Grand Theft Auto V?  I’ve sunk a ton of hours into the Online mode, casually, but the idea of getting through the whole story?  No chance, so why try?

The sad truth is, I don’t have time to really invest myself into a game these days.  Some weeks I get lucky and get to play for 6 hours (really, that is a lot for me!).  Some weeks I get zero.  And sometimes those zero weeks are followed by 3 or 4 other zero weeks. This is life as an adult gamer.

In theory, a game like Skyrim should be my dream game.  I’d be playing it for six months or more before I felt like I’d completed it, but then I’d also feel like that one game robbed me of the opportunity to play 10 or more other games with shorter playtimes. 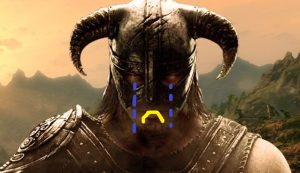 What actually happens is, I start to play one of these mammoth games, then a busy period in my life pops up, and I don’t play it for a few weeks. The next time I load up the save it feels like I walked into the movie theatre halfway through.  Who the heck is that?  She looks familiar is she the love interest?  Nope, she’s shooting everyone.  Wait, this is on an alien planet?  Jeez, I’ve forgotten so much.

From there I convince myself that I should just play some Fifa or Rocket League, something nice and casual and before I know it, several months have passed, and the thought of re-loading that forgotten game is long gone.

This is why I tell myself there is no point in trying – which, by the way, I know is totally false.

The truth is, there is time for these longer games through the year, but ultimately their length goes against them when you’re grown up with limited time.

I tend to focus on games with a 5-15 hour game time.  That way, I know that I should be able to complete the game within a month or so, enjoying being within that world without feeling like it’s the only universe I’m going to see for the next year.

Sleeping Dogs, Remember Me, Deadlight, Tomb Raider, Bioshock: Infinite, Metro 2033, Life is Strange, Walking Dead…all games with a reasonable length, with interesting worlds, that have not taken several months of my game time to complete.  Sure, they may not come close to an epic game like Skyrim (that’s debatable – I truly loved Bioshock and Tomb Raider, and the others were good too), but they still feel like epic games when played over a period of time.

Will I ever play Skyrim or equally long games?  I’d like to think that, yes, I’ll build up the courage to load them up one day.  After all, I played Fallout 4 and loved it, but ultimately got busy and didn’t return to the world for fear of having forgotten what was going on – but that’s a story for another article.

Some video games can justify being long.  They offer epic quests featuring endearing characters and provide experiences that stay with you forever.  Some other games are padded out unnecessarily with fetch quests or compulsory collectables and other nonsense.  Collecting 100 of X isn’t adding to the experience and should be chopped out, even if it leaves a game that is 10 hours long rather than 20.  It’s about quality and not quantity.

Sure, there is probably still an audience that refuses to look at a game with less than 15 hours playtime. But, don’t forget that there is still a whole other market out there, adult gamers like me, who get intimidated by those longer playtimes and don’t have the time to retrace our steps halfway across the map for a silly compulsory quest.

In summary; if a game is justifiably long, then it shouldn’t be cut down to accommodate folk like me.  I’ll look at it longingly and wish I had time to play it.  However, if your game has a great foundation but is long because of superficial padding, please cut the fodder out. You’re not doing anyone a favour.