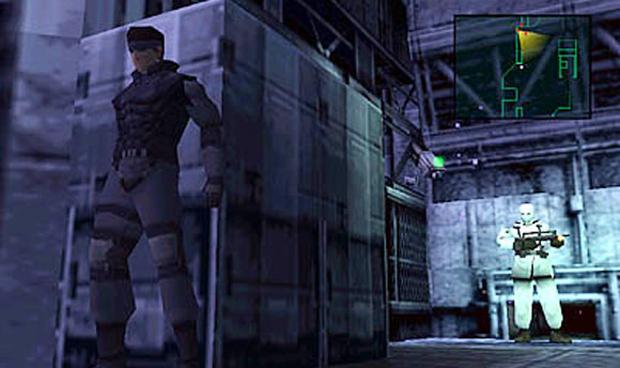 The opening stage of a video game is arguably the most important section in the whole game.  As with any medium, games have to capture their audience from the very beginning.  As attention spans dwindle and great games are released seemingly every other day, game introductions have to hook the player in and encourage them to experience everything that the game has to offer.

Video games approach this in various ways.  Some choose to shock the player, while others use an adrenaline-fuelled power-trip to get them addicted to the sensation.  Some introduce the player to their new best friend, while others focus on the world.  While many games use similar approaches, some games ultimately deliver more memorable and enjoyable openings than others.

These are the GrownGaming team’s favourite video game openings:

It would be super hard to narrow down one specific game, so I’m gonna write a little bit about 3: Metal Gear Solid 3: Snake Eater, Forza Horizon 4, and Max Payne 2.  All of these games triggered a specific interest of mine and that’s why I will never forget them.

With Metal Gear Solid 3, it’s about over-the-top conspiracies and action. With Forza, it’s the love of driving and cars. Max Payne 2 was one of the first games I played that had such amazing storytelling. It showed that videogames can indeed be shown as art.

MGS 3 talks about how the cold war began and the key stakeholders involved. We’re then shifted to a plane flying high above the clouds and we know something big is about to happen. Naked Snake (Big Boss in future games) is smoking his iconic cigar and gets ready to jump out of the plane. The back doors open and we’re greeted to a beautiful view as the suspenseful music starts playing. Naked Snaked has now performed the world’s first successful HALO jump and is flying down at terminal speed in such a calm manner. Then we see a cutscene explaining the Cuban Missile crisis and the hidden story behind it from escalating (the objective of our mission). The cut scene ends and our jump finishes. We are more than improved to go an adventure of a lifetime now.

Forza Horizon 4 really sets the bar when it comes to great racing games and I cannot imagine anything coming closer to it anytime soon.

The opening cutscene takes us through a bunch of races in different seasons in amazing cars across Great Britain. Snow racing in purpose-built trucks, dirt racing with bikes, road racing in supercars, you name it. Forza has it all and it shows just how massive the game intends to be and it completely lives up to it. What Forza shows is car heaven and I’d love to go there one day.

Max Payne 2 builds upon the masterful storytelling that Max Payne 1 leaves us with. The dialogue, the music, and the characters show us just how immersive and artful videogames can be.

The Noire setting of a sinful, wintery New York tells us that this is going to be just as amazing as Max Payne 1. Anyone with the slightest interest in mafia culture that takes place under the wintery blanket of New York skyscrapers can’t help but fall in love with this game.

I’d say it’s Kingdom Hearts, every one of them. Although they’re a summary of previous episodes, the way they introduce them is kind of oniric – they really look like a dream. And the music is super.

Now, I’ve been a bit broad with my definition of introduction here. But when it comes to opening segments, nothing for me matches the first time piloting an X-Wing in Star Wars Rogue Squadron 2: Rogue Leader.

Some context. As a 13 year old, I had poured over every possible piece of information I could get my hands on about this Gamecube launch title. The still relatively youthful internet had shown me screenshots, as had my multiple monthly magazine subscriptions. I’d read reviews from the US launch a full 7 months before I got my greedy little mits on it. My teenage mind somehow knew that surely my excitement could never be matched. Wasn’t I just setting myself up for a disappointment?

I was not even the slightest bit disappointed. On launch day I booted my shiny new machine up and got ready to take on the Empire. After a brief Tatooine tutorial, much like Luke, you are thrown straight into the action. As an opening level, Factor 5 must have been rubbing their hands with glee at having the first Death Star to play with. Not only does it make narrative sense (it is the first big space battle in the Original Trilogy), but it serves as an incredible introduction to the game. Dog fighting with Tie-Fighters above the grey behemoth transported me to the first time viewing those films and pretending I was Luke (okay… Han). The stunning graphics were like nothing my TV, or I, had ever experienced. Each spinning fighter, laser bolt or debris cloud dragged me further into the immersion. The level culminates in the famous trench run, with the movie dialogue and epic soundtrack giving me a sense of scale and stakes I’d never really felt in gaming before. It is, arguably, the iconic Star Wars moment. And I was living it.

My friends who had gone for the Xbox could keep their Master Chief, I had an Empire to destroy.

God of War (2018) is one of relatively few game intros that have a permanent place in my memory. The immediate transition from the main menu into gameplay welcomes the player into the game’s world and works quickly to immerse them in it.

It’s clear from Kratos’s face and from the way he moves that he’s both furious and deeply sad about something. Atreus is smiling when he enters the scene but it’s clear that he, too, is upset. Throughout the game—but especially during its first thirty minutes—every moment of the on-screen action is meticulously crafted to highlight the intense emotions that the protagonists are grappling with and to make them real for the player. And when the two of them get home to find an unexpected visitor… No spoilers! You’ve gotta play the game and experience its tremendously magnificent writing for yourself.

I haven’t encountered many games that have intros, and the Yakuza series has so many beautiful ones. However, without a doubt, I pick the English intro for Yakuza 0. It has a special place in my heart, not only because the story takes place in the 80s (the decade I grew up in), but there is so much emotion and intensity that transpire from it. It is where it all began, and you get to see how the characters came to be and what makes them who they are. The music is just gorgeous, and I feel the cutscenes chosen perfectly deliver the vibe that the game gives you. There is action, there is drama, and there are events that will make you so teary you’ll need tissues ready at your side. Definitely everything I want to see in a game.

The opening cinematic stole my heart instantly.  Being force-fed an introduction Hideo Kojima’s convoluted story as Solid Snake’s one-person submarine delivers him to Shadow Moses.  At the time, I thought that it looked like a movie.  It was everything that I thought a video game opening could be and more.  The cat-and-mouse section that followed expertly taught the controls and how to avoid detection by the guards (knock-knock…knock-knock-knock-knock-knock-knock-RUN!) before reaching the elevator, which delivered yet another movie-esque cutscene complete with the “Metal Gear Solid” logo.

The GameCube remaster and the more recent 4K intro remake only made this sequence more beautiful, but what it stood for in my developing mind cannot be overstated.  It helped me to see the potential that video games have as an entertainment medium and I have loved the ride as it has developed in the decades that have followed.

What is your favourite video game opening and why?  Let us know in the comments!